What New Zealand Can Offer to the World Other than Dairy Products, Meat, Wine and Tourism

I’m sure dairy products, meat and wine would be on top of the list when you think about New Zealand, not to mention sheep, deer and cows.

For its scenic sites from the North Island to South Island, New Zealand has become the world’s popular tourist destination.

The location shooting of popular movies like “Lord of the Rings” and the “Hobbit” boosted the country’s popularity. 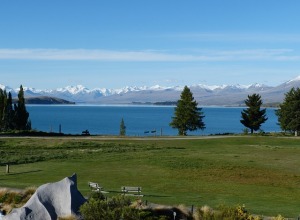 New Zealand is readily identified with rugby, sailing, shot put, and rowing. The country won medals in international competitions on these sports events.

She has been listed several times in the top ten of the world for such categories as “safest country” and “most liveable country”.

These are just some of the popular things people around the world might say or think about New Zealand.

Do you know there is more to New Zealand than the popular perceptions mentioned above?

Being located far from the rest of the nations of the world except Australia, New Zealand is an innovative nation in many learning areas. Creativity and inventiveness is not limited to agriculture, manufacturing and education only.

This paved way for generating and pioneering best practices and development of infrastructure management techniques.

As we all know, infrastructure has important role in the economic development of a country; service supports the constituents and society.

Thus, its management needs to be strategically planned, maintenance and risks management programs faithfully implemented, alongside wise allocation of fiscal and logistical resources of local and national government units.

As a nation established much later than other nations in America and Europe, New Zealand found herself developing best practices in infrastructure construction and management based on lessons learned from older developed countries.

NZ Asset Management Support, in partnership with asset management organisations and experts of Australia and NZ, created the International Infrastructure Management Manual. This is to ensure that best practices and standards are institutionalized and implemented among partner countries.

If you have studied and lived in Iloilo City, particularly at CPU, then I’m sure you have experienced the flood that’s been as perennial as when the rainy season comes.
When monsoon rains come, students anticipate the coming of the flood because they’re sure the Jaro River will overflow.

Classes would then be postponed for a day or couple of days depending on the amount of flood waters, debris and how fast the clean-up would be.

When there were few people around Lopez Jaena area and surroundings were cleaner, students just love to wade and walk the flooded streets and inside CPU campus.

The familiar flood scene would then be some female students wearing their shortest shorts walking while male students at their best spot watching and talking who’s got the hottest legs in campus.

It’s not advisable to do that nowadays.

The clogged drainage, old and leaking sewer and sewage systems (if there’s one), bad waste disposal and waste management practices make wading into the flood unhealthy and could even be fatal.

Through the years, Lopez Jaena Street is not only beset with flooding that occurs annually (or biennially) courtesy of the monsoon rains.

The last time I was in the area, waste water seems to flow continuously onto the street from homes and business establishements. Also, a few minutes of raining would cause flooding in several portions along Lopez Jaena Street. I hope that the situation had changed.

Checking the water level during the August 2009 flood.

Storm sewers are either dysfunctional or having been designed and constructed decades ago, it can’t convey the amount of runoff anymore.

At the onset, had the city government instituted water utility infrastructure management, they could have built the infrastructure design that meets future changes in population and public needs.

There are many factors being considered in sewer designs, let me mention two factors that could have been considered:

Of course, this is discounting the resident population along Lopez Jaena Street and across the Jaro river bank, which could number to several thousands.

Along with the growth of student population, hotels, dormitories, boarding houses proliferated.

Just imagine the implication of these two factors in water needs and waste water volume.

Perhaps decades ago, when there were more open spaces and a few hundred people living around CPU, our city infrastructure management services engineers should have given weight on the future changes.

Maintenance or even renewal of infrastructures could have been quite manageable fiscally and structurally.

Now, it would cost millions to construct and update the present sewer and sewerage system along Central Philippine University and Lopez Jaena.

Infrastructure management engineers might not recommend fixing the infrastructure challenges along Lopez Jaena Street and CPU areas without thinking of its implication to the total system of Jaro District in particular and Iloilo City in general.